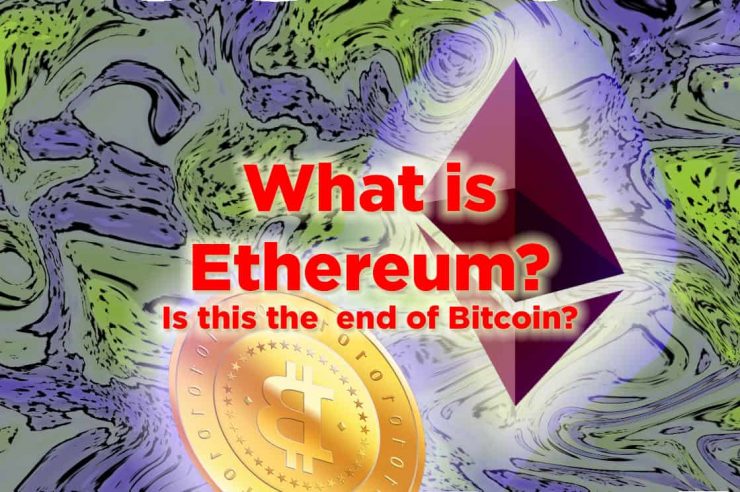 Ethereum is more than a Cryptocurrency

Ethereum is a decentralized network, much like Bitcoin. It utilizes blockchain technology to do this. Ether is the main cryptocurrency of the Ethereum network. Ethereum was announced by Vitalik Buterin in 2013, with the network going active around July 2015. Ether was for sale prior to the launch, in order to “fund developers” and buy them “coffee”. This leaves a lot of questioning, as the program and development is open-source, but much of the ether initially created is still in the hands of the developers that created it. With Bitcoin, there are something called Bitcoin test coins, which utilize the network and can be used to test various features before released. But Ether has always maintained it’s own sense of purpose.

This video is pretty long winded, so we will do our best to summarize the most important points of Ethereum. It is a must follow at this point, being that it’s ability to over-shadow Bitcoin’s throne as king of decentralization, is rapidly approaching.

Ethereum sets itself apart from other decentralized by the fact that apps run using the network. Ether is a cryptocurrency used to “power”, or gain access, to the ability to execute code, or run apps, on this network. Aside from that, there are a bunch of other hyper-technical aspects that most wouldn’t be concered about. This article does a good job of describing the technobabble of that.

“Smart contracts are incredibly exciting, and have the potential to disrupt countless industries,”

Smart contracts are the primary selling point that sets Ethereum apart from other cryptocurrencies. Essentially a smart contract is comparable to an app. To run the app, it needs ether. Apps can range from issuing tokens (cryptocurrency), creating stocks, social networks, etc. These contracts are executed on the network and have an unlimited sense of scope.

Ethereum has a tremendous community, complete with supporting documentation. Although it’s highly technical, it gave me a sense of what ether could accomplish and what the goals of the project are. This article outlines how to create a token using the Ethereum network. CoinDesk has also written about Ethereum and it’s powerful app network, specifically 7 Cool Decentralized Apps Built on Ethereum. Etheruem’s value lies not within it’s cryptocurrency, rather it’s the network and language that can supply an infinite number of apps on it.

Ethereum, like other decentralized networks, is not prone to attacks like centralized networks. The best example of this is the DDoS attack, where multiple clients flood the network with crap. This would be impossible due to its decentralized nature. Where one node carries just as much weight as the rest, thereby reducing the harm done.

Just like any other cryptocurrencys and decentralized networks, Ethereum is prone to 51% attacks. Just like Bitcoin, Dogecoin, Litecoin, etc. This means if someone was able to utilize 51% of the network (a majority) they would be able to do whatever they wanted. Since a decentralized network relies on everyone sharing the same information. When 51% is able to write whatever it wants, the exploit occurs.

Is Ethereum better than Bitcoin?

Ethereum has greater potential than Bitcoin

Ethereum was created by Bitcoin enthusiasts to expand upon Satoshi Nakamoto’s theories on cryptography, decentralization, and alternative economies. Smart Contracts set it far apart from Bitcoin, pushing decentralization beyond its expectations. Bitcoin on the other hand, is being exalted by financial intellectuals as a revolution. Ether’s value will undoubtedly increase over time, as it has unexpectedly, just recently.

Ethereum’s network may grow bigger than Bitcoin’s in the future, but for now Bitcoin has the higher marketcap, a more robust community, and mainstream attention. Since Ethereum’s launch, that has been diminishing. Even Nasdaq has written about the change in Bitcoin Industry Venture Capitalists Shift Focus to Non-Financial Applications and Ethereum Startups. Anyone interested in Bitcoin should definitely follow the Ethereum project, as it’s gaining traction fast.

Bitcoin’s price has been stabilizing since the beginning of the year, sitting around $415 at time of writing. Bitcoin is far from dead, with Billions of USD invested and millions changing hands everyday. Ethereum’s network consists of several million at posting, but it’s beating marketcaps of other successful cryptocurrencys, a sign to pay attention to it. They both have different ends, but similar means. Ethereum is more for programmers, while Bitcoin is more for avante-gard, saavy investors. 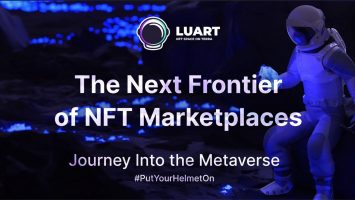