Strategies and Tips for Trading Cryptocurrency

One fact of trading that’s best to make peace with is that you’re never going to perfectly time your buys and sells. What are the chances you’re going to purchase at the exact bottom and sell at the exact top, coupled with putting enough capital into the trade to make a dent in your wealth. Trading is not cut in dry in the sense that there is only one set path to take. Every person has different goals in investing and trading, and cryptocurrency trading is similar in that regard.

We know firsthand what it’s like to kick yourself over trades that haven’t worked or worked spectacularly yet not have the desired position size. All you can do is live in the now, the past is over. After all, hindsight is 20-20. It would’ve been nice to go all in when Bitcoin was 600 just a few years ago and cash out on a high return, but that’s not how it works. Imagine if you bought in 2013 when Bitcoin was 1,000, panicked when it dropped to 200 then sold? Imagine that sting. Hindsight is 20-20, we can’t predict the future. Learn from past successes and failures and apply it moving forward. Here are some tips, in our experience, for new cyrptocurrency investors.

Understand the Power of Cryptocurrency

We liken our approach to securities investing. Bitcoin and cryptocurrencies are commodities; they are not stocks. They have prices, but they are fundamentally different. The exchange may be the only similarity between the two. We know that the underlying technology powering Bitcoin has potential to be adopted for institutional and retail capital alike. Cryptocurrency’s decentralized nature means that it cannot be shut down or manipulated easily. Many people ask why own Bitcoin, it’s that simple. We believe in the future and so should you. So we’re going long with Bitcoin anticipating capital will continue to flow and it’s potential realized.

How often will you buy or sell? Some people want to be day traders, but we’ve shown that holding could be the best bet. The general rule of thumb is that the longer of a time horizon you plan on holding for the less risk you incur. This rule carries over into the realm of cryptocurrency from stock investing. However, here may be times to simply cut and run. Declines due to unforeseen structural issues are an indicator to cut losses and sell out.

Dollar cost averaging one’s purchases of Bitcoin reduces risk in sudden changes. This reduces the sting of or sudden pricing changes, reducing reliance on a single point of entry. By increasing your Bitcoin investment over time, you reduce the desire to buy or sell often. If there’s anything we’ve learned from the long run is that Bitcoin is here to stay (knock on wood). Stick to your gut, but don’t ignore others.

Various exchanges allow short orders. This allows one to place bets on either side of Bitcoin’s price movements. For example, a simple strategy would be to have 90% long and 10% short. This strategy assumes you are more confident in a long position. So this strategy may cater any level of risk.

It is important not to neglect the power of altcoins, or non-bitcoin cryptocurrencies. Altcoins are less prone to public speculation. Their smaller market caps they are more prone to larger swings in pricing. Each altcoin has a purpose and intent., catering to different niches. There are larger risks associated with investing in altcoins, but also larger rewards. Our personal favorites are DASH, ZCash and Monero.
An example would be allocating percentages based on your risk tolerance. It’s something like managing a fund. Some altcoins are more stable like Ethereum, while some are more prone to fluctuation. In one instance a trader/long holder might allocate 50% in Bitcoin, 25% in Ethereum, 20% in DASH, and 5% in ZCash. This is a purely hypothetical setup. There are probably an unlimited amount of allocations that could be used. Bitcoin seems to be the longest lasting largest cryptocoin. As such one could hold mostly Bitcoin and that will be sufficient for their crypto exposure.

As Bitcoin heads toward levels never before imagined since its start, many are eager to reap profits. The ETF disapproval is a sign of changing attitudes for Bitcoin. It was unlikely the SEC was going to approve the ETF. This reinforces how important it is to stay up to date. Get involved; chat on boards, comment on blogs, and follow news on social media.
A viable strategy for one person may not work for another. It’s all for naught if you don’t appreciate the power that cryptocurrency represents. 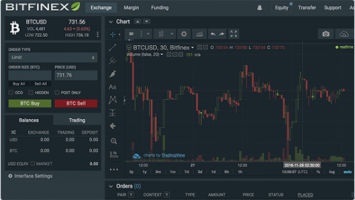 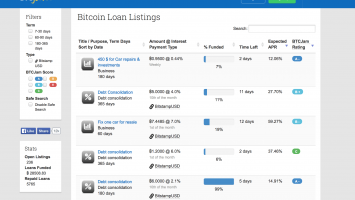