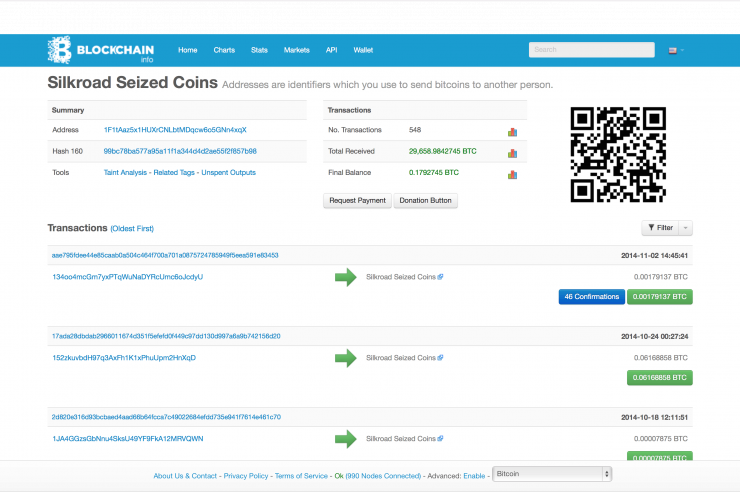 Where did the Silk Road seized bitcoin go?

Who are among the largest holders of Bitcoins out there? Well to start the U.S. government about late last year came across a large amount. When the authorities closed down the Silk Road online marketplace for sale of black market goods and services it seized the bitcoins there. They belonged to the operator of the Silk Road, said to be at the time an American man named Ross Ulbricbht operating under the username Dread Pirate Roberts. The seizure ignited the flames to increase public awareness about the existence of Bitcoin, the world’s biggest and most popular digital currency. It also had another effect. It made the FBI the holder of the world’s biggest Bitcoin wallet.

The Bureau controlled more than 144,000 Bitcoins that reside at their bitcoin wallet address which stored much of the seized Silk Road bitcoins. This is one of them https://blockchain.info/address/1F1tAaz5x1HUXrCNLbtMDqcw6o5GNn4xqX You’re able to view the transaction logs and commentary associated with this wallet’s address. Note that it had roughly 30,000 Bitcoins passed through it. 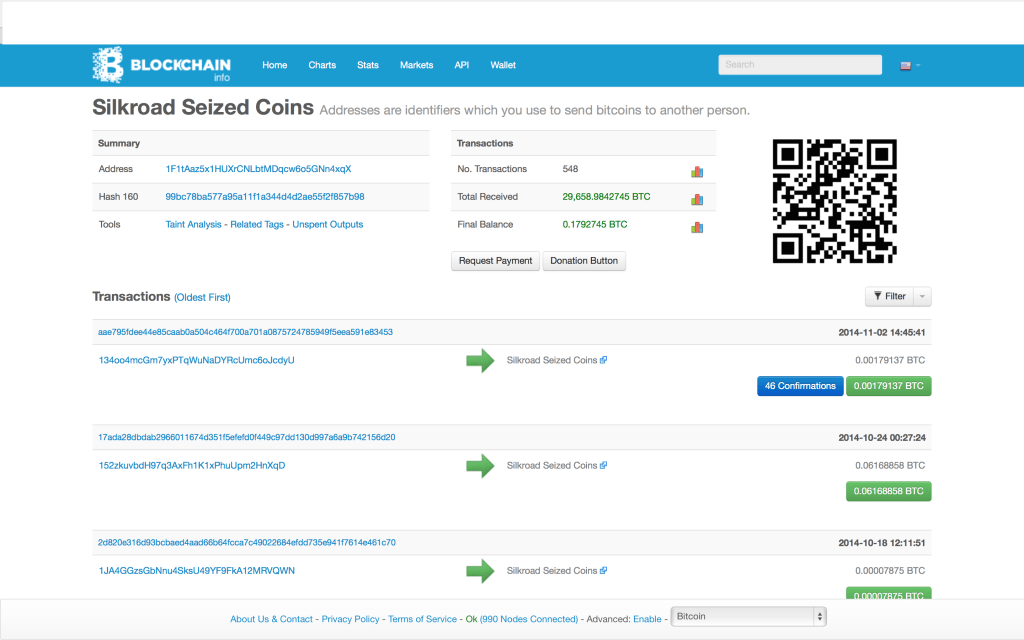 Large Transaction and Wallets on the Blockchain

We’re talking roughly 10 million dollars worth of seized bitcoins by today’s values, 20 million when the event took place stored at the linked address. That’s a valuable cache of federally seized goods sitting at a federal evidence storage locker so to speak. At the time they held 144,000 bitcoins valued at close to 100 million formerly under control by the former Silk Road operator. Famous venture capitalist, Tim Draper, won the FBI’s auction to buy most of the seized Bitcoins.

That didn’t make the Federal Bureau of Investigation the world’s largest bitcoin holder. This award is thought to belong to the mysterious investor of bitcoin Satoshi Nakamoto a person or organization who is estimated to have mined 1 million bitcoins in the currency’s infancy. It is said to be stashed across many wallets  Keep in mind there are approximately 13.5 million bitcoins in circulation. Satoshi stores coins in a large number of bitcoin addresses, most of them holding just 50 bitcoins. Even though it sounds like a bit of a logistical nightmare most savvy Bitcoin investors spread out their bitcoins across multiple wallets. That way if they lose the key to one of them or get hacked, all is not lost. We recommend you do the same. It’s easier to keep track of one address but it’s also riskier this way.

The size of the bitcoin universe has expanded in the past years. Still, the amount of people who hold at least one bitcoin is still pretty small less than a quarter million people. Today there are at least 250,000 bitcoin addresses with at least one bitcoin. Many people keep their bitcoins in more than one address.

Most bitcoin addresses are not publicly identified like the FBI’s so you’re unable to know for sure who the top 10 in bitcoin holders are/ They’re most likely to include wallets created by Bitcoin exchanges and business such as the Winklevoss twins of Facebook fame, and other early adopters that had the foresight to mine and stash a large holding somehow.

Who cares? It’s not my bitcoin!

Although these massive transactions are publically visible, there is something of value to everyone. It is vastly important to diversify bitcoin across multiple wallets, reducing risk in the case they become compromised. See it isn’t all bad, now is it? 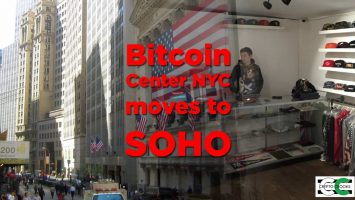 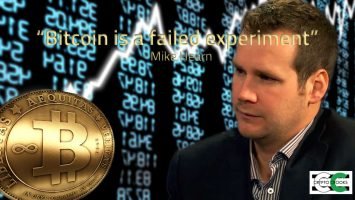