Home
\
Investing
\
How to: Minimize Bitcoin Risk and Maximizing Security 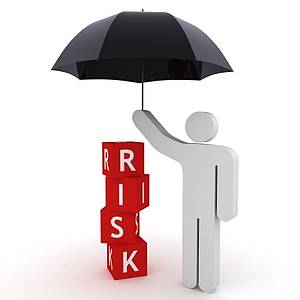 As bitcoin increasingly gains mainstream attention, people have begun to feel more secure with bitcoin investments. Much of this increased security has come from high profile closures of fraudulent and illegal activity involving bitcoin; most famously the Silk Road seizure and Butterfly Labs. We believe these shutdowns to be positive, increasing government intervention when necessary to protect its citizens from misleading marketing and illegal schemes. Ultimately, bitcoin has increasingly become a more reliable investment, as well as another investment vehicle.

Since bitcoin investments are a rather new phenomenon, they still share similarities to traditional financial instruments. People have to become particularly aware of where their money is going and how it is being used. The main difference with investing in bitcoin is its decentralized network; a radically new concept in financial services. Although this new technology may be too unfamiliar to people, it allows greater security and protects each person regardless of their balance. Despite all these pluses, there are still some guidelines to properly maintain and find secure methods of bitcoin investments. Because of all this, we developed a way to minimize bitcoin risk.

Purchasing bitcoin is similar to purchasing a commodity, although there is much more freedom with how a bitcoin could be further used for gains. Just like a commodity bitcoins are volatile, with the capacity for big gains or large losses. Futures and options exist for commodities and have been introduced to bitcoin as well. Unlike gold and other commodities, the proof of a bitcoin lies in the decentralized power of the bitcoin network. While gold is stored in a safe, bitcoin is stored at an address and can be confirmed on Blockchain. Bitcoin cannot be counterfeited due to the fact that anyone running bitcoin software constantly confirms the balances on each account and records every transaction. These addresses do not require personal identifiers, and are in that sense anonymous.

We would never recommend buying bitcoin with anything other than cash, being that it is least prone to scams, since both parties immediately verify each other’s assets. Many websites allow one to purchase bitcoin with a variety of methods ranging from money orders to credit cards and bank transfers, although these methods are convenient they are more likely to misrepresent fees and conversion factors. We recommend slowly getting into bitcoin by buying from localbitcoin or local bitcoin meetups for the most secure transactions. As for larger bitcoin purchases, one should develop relationships with those involved with bitcoin in order to maximize security.

It would never be wise to trust one location with all your bitcoin being that very few of these institutions are insured in any way. We have been aware that some exist, and we plan on reviewing them as our accounts become unmanageable for someone with our limited knowledge of enterprise security. The failure of Mt.Gox represented the problems that centralized bitcoin storage could have for those invested. It also signified how important it was to move bitcoin between multiple accounts, regardless of touted “security” and massive popularity.

In order to maximize the security of your bitcoin, it is direly important not to store a large portion in a centralized system that is not regulated nor insured. The accountability of bitcoin relies solely on the holder, you are the bank is not a slogan, it is a truth. One must routinely change passwords and PINs for their accounts, as well as creating several wallets with varying levels of activity. For example, one could organize their bitcoin into 3 main accounts. The first account would be for everyday spending, accessible by phone. The second account would be to hold temporarily before moving into bitcoin services such as btcjam, and the third account would be the largest to hold bitcoins in a paper or offline wallet as the safest measure.

Be Attentive to Bitcoin Scams, Bitcoin Investments – Diversify Your Bets

As we have learned with Mt.Gox, any website is prone to being shutdown or hacked for reasons unknown at any time. As bitcoin gains public exposure, it also begins to gain a reputation with larger companies who will eventually secure companies who hold bitcoin for others. We believe that this will increase the value of bitcoin, seeing as securing of an asset and liquidity determine its value. We always recommend storing your bitcoin in a variety of exchanges to minimize the damage if one were to close unexpectedly.

Many cloud mining companies may offer a contract that is never profitable. We recommend to use a website that offers instant trading the hashing since the returns from cloud mining are usually mired with fees. CEX.IO allows one to trade their gigahash (mining contracts) in a market similar to one used to trade between fiat and cryptocurrencies. This makes it easy for one to get out.

You want to minimize your risk of loss by spreading your bitcoins out and holding them in different places. Never put all your eggs, in this case, Bitcoins, in one basket. This means multiple wallet addresses, types of wallets used, cryptocoin exchanges, bitcoin services, and so forth. This way if an exchange you have coins in go the way of Mt.Gox and collapse, you’re partially insulated against total loss. This is a new and unregulated space and there are no insurance companies or long standing bitcoin institutions that safeguard against loss, theft, and other disasters. So it is up to you the user to recognize this, accept the risk and minimize it to the best of your ability.

Tweet Pin It
bitcoin how to Risk Management security 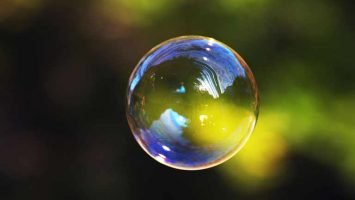 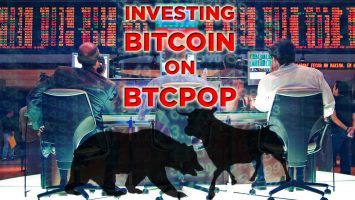