The United States Commodity Futures Trading Platform (CFTP) has sanctioned Bitcoin derivatives forum Ledgerx LLC as the first institutionally monitored Bitcoin options exchange and clearing house. Ledgerx has announced that it will start providing Bitcoin trading services in autumn. However, it will take some time for either option to be available on the platform, which will come into play a few months after the introduction of Bitcoin services.

Ledgerx, an institutional Bitcoin derivatives business platform, was established in 2013 however, it has only recently been announced that it has been endorsed by the CFTC as a regulated bitcoin options exchange and clearinghouse.

The CFTC acknowledged the company as a Swap Execution Facilities (SEF) in the beginning of this month, but they waited until Monday to declare it as a DCO (Derivatives Clearing Organization) under the Commodity Exchange Act (CEA). According to a statement made by the CFTP on Monday, the members of the Commission reached a unanimous decision after which they approved Ledgerx as a DCO. This makes Ledgerx the first cryptocurrency platform to have both an SEF and a DCO designation.

The CEO of Ledgerx, Paul Chou, and also a member of CFTC’s Technology Advisory Committee, gave more insight in the matter in an interview with Reuters, saying that his company had to go through an extensive education process, which is why it took a little over two years for the commission to finally grant his company these statuses.  The company also required heavy funding in order to attain the standing it has. It is reported that the company received around $11.4 million in May, the largest investors being Huiyin Blockchain Venture Investments and Miami International Holdings Inc.

Chou told CNBC how his company is targeting the launch of Bitcoin operations in the fall, and then ether options a few months later.

Chou seemed very optimistic during his interview with Reuters. He told them that the new system will give birth to more opportunities for sponsors. As the platform is now regulated in a systematic and more credible way, institutional investors will now feel more comfortable in circulating their money in online currency trade. This, according to Chou, has exponentially increased demand of cryptocurrencies because these digital markets provide fund managers an opportunity to hold assets that are not directly related with the saturated equity market.

The approval by the CFPT has succeeded in interesting potential investors, who had been functioning on a conventional scale. This sanction will give them the opportunity to deviate from their retail-oriented businesses and becomes a part of something that is very different from their convention lines of business.

We must not forget how the CFTC has also exempted Ledgerx from Section 39 of the CEA. This exemption relieves Ledgerx of a series of monthly stress tests, which would aim to audit its financial resources. There is controversy on why this was done and what effects it will have as we have received contradictory statements from the likes of Chou and Waters Technology. However, most people believe it is to prevent leveraged trading in the platform. These regulatory approvals nudge cryptocurrency closer toward mainstream adoption. 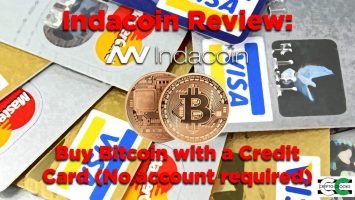 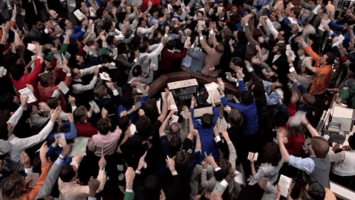