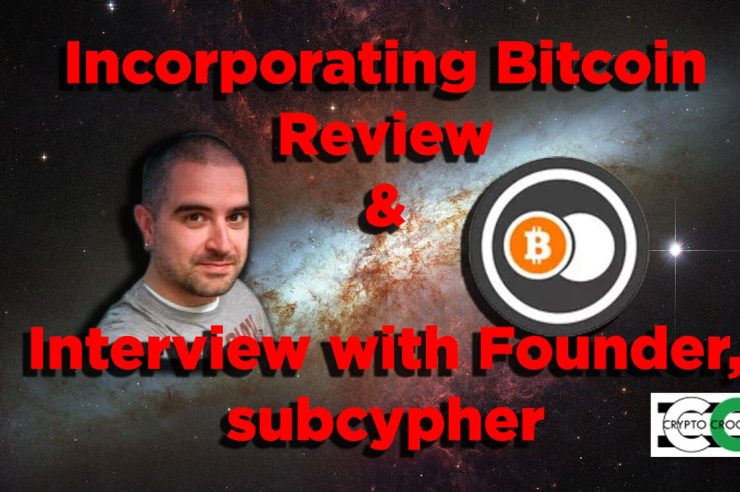 Cryptocrooks strives to maintain its standard as an independent news website. We are working towards partnerships of the highest quality. After scouring forums and conversations among the Bitcoin community, we were introduced to subcypher. Founder of Incorporating Bitcoin, a thorough guide to Bitcoin and its multitude of uses.

What is Incorporating Bitcoin?

Incorporating Bitcoin is an excellent resource for Bitcoin enthusiasts looking to take their Bitcoin knowledge to the next level! Incorporating Bitcoin is a detailed guide from introducing one to cryptocurrency all the way to securing their own Bitcoin. The creator, known as subcypher on Reddit, also posts answers on quora. His knowledge of cryptocurrency security, primarily Bitcoin, is all encompassing. It comes with many helpful tutorials unseen anywhere else. One of the more important, and relevant arguments he makes is why we should care about Bitcoin. His articles Why Should I Care? and Isn’t Bitcoin Dead?

“I started this site to introduce new users to Bitcoin. It is my desire to become a Bitcoin ambassador. I want to share the knowledge I’ve gained so far with others, thus increasing my own understanding of Bitcoin.”

What does it cover?

Incorporating Bitcoin is most useful for those getting started with Bitcoin. It acts as a thorough guide to understanding what Bitcoin is, how it works, and how to make use of it. His simple to follow tutorials and guides will elevate the average Bitcoin user into an enthusiast. From creating a hardware wallet with an old smartphone to creating a debit card that can be loaded as Bitcoin, and spent as USD. This website expounds knowledge from the crevices of forums, tried and true techniques, and makes it manageable to read.

The Cryptocrooks strives to provide our viewers with quality content, but a partnership with Incorporating Bitcoin will allow us to go even further.

The mere fact that independents are researching and posting their findings, is proof Bitcoin’s community (economy) is strong

Incorporating Bitcoin is not like many other Bitcoin news websites. Instead, he focuses on tutorials for advanced users. Although there is a whole series for introducing the newbie to Bitcoin, the site caters primarily to power users. This is not another CoinDesk-like news website. He doesn’t do interviews, he doesn’t make up technical analysis, he simply gives tutorials on the power of Bitcoin. If there’s a true power-user out there helping people take real control of their Bitcoin, it’s subcypher’s Incorporating Bitcoin.

Interview with the Creator, subcypher

Cryptocrooks: Your site is thorough and knowledgeable. How long have you been using Bitcoin and what first attracted you to it?

subcypher: Thank you. I really appreciate the compliment. I’ve worked hard to make my site accessible to anyone.

I first started buying bitcoin in December 2013. I had seen the “Magic Internet Money” wizard ad on Reddit but just laughed it off. By the end of 2013 I really wished I hadn’t. Incidentally, I started out the same way I start new users going through my tutorials. The only real difference is that I teach them how to avoid the pitfalls and mistakes I made as an early user fumbling through things on my own. I start out with purchasing, then move on to sending and receiving. After the basics, I move on to more technical things like long-term storage, accounting, and even reporting it on your taxes. Of course, that only applies to Americans. 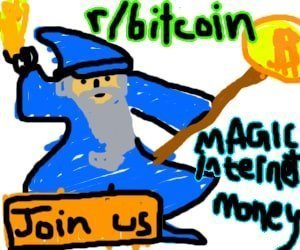 As for what initially attracted me to Bitcoin, it was the idea that I could make free money off mining. I bought an old mining rig off a friend of mine that I had no clue was even into Bitcoin. He had recently given up interest and moved his attention to 3D printing. Initially I was making a few dollars per week in profit, but nothing serious. And, shortly after that, mining became a losing game for the small-time user. I talk about that in one of my articles, Should I Start Mining Bitcoin? It’s dated now, but the premise still holds.

After learning my lesson in my mining venture, I started to dig deeper into the technology and unlock the possibilities. And the space is full of them. I really see Bitcoin as the next evolution, the next game changer, much in the same way the Internet changed so many things before.

CC: Incorporating Bitcoin is chock-full of knowledge. From detailed tutorials on securing Bitcoin to guides on buying and using Bitcoin. How do you plan to change incorporating bitcoin in the future? Are there any goals you have for the site in particular?

subcypher: I’ve thought about branching out and inviting guest bloggers to write about things that I don’t understand or things that I don’t get involved in. For instance, I’m not much of a trader. I mostly buy and hold or discuss the usability of bitcoin.

Also, any product or service​ I review is based on​ a​ Linux or Android viewpoint​, so I’m considering looking for a writer that can review the same products I’ve reviewed, but from an Apple/iOS perspective, or even products or services only available to ​Apple/iOS​. I’ve also considered doing free r​recorded ​video lessons for beginners, possibly​ p​ay-for lessons for advanced users, or perhaps weekly classes of some kind live on weekends or something. Both of these ideas are in the very infant stages and I’ve only mulled them over, but they’re both distinct possibilities.

CC: Interesting, we feel the same way. Bitcoin is more than digital money, it is an element of a revolutionary technological and cultural change. How do you think cryptocurrencies will evolve in the future?

subcypher: I would like to see more people embrace the ideas of digital only, deflationary currency. I think getting our money back on a standard, even if that standard is based on something ​artificial​ like computer code. I feel that it can only do our system good. I would also like to see more people embrace the idea that privacy and encryption aren’t bad things or something to be feared. Which is why I would like to see Bitcoin, the technology, start to incorporate more privacy features and anonymization.

I think Samourai Wallet (http://www.samouraiwallet.com) is doing some really awesome work with PaymentCode.io (https://paymentcode.io/) and BIP47. These are reusable payment codes that allow you to pay someone without knowing and reusing their specific Bitcoin address, Extended Public Address (XPUB), or anything specific about them, really. You can see mine here at: https://paymentcode.io/ subcypher

They’re also doing some really neat things with Ricochet, also BIP47 compliant. It’s a technology that adds hops to transactions, much the same way that TOR adds layers to connections, anonymizing web traffic. This increases fungibility of bitcoin and anonymity of transactions. With this, Bitcoin takes one step closer to being digital cash. I really wish Bitcoin would look at incorporating this natively.​

CC: We believe Bitcoin acts as the “reserve currency” of cryptocurrency. It acts as an indicator of the cryptocurrency market as a whole. Do you have interest in other cryptocurrencies?

subcypher: I’ve been talking to you guys a while now and I know you love your alt-coins, but I’m still holding my ground as a Bitcoin Maximalist. I don’t see it as a reserve currency, a settlement layer, or digital cash. I see it as all of these things and more. In much the same way that the Internet is a dumb network with protocols that make it useful, Bitcoin is the network with BIPs that will make it useful. I really do believe that,​ with the BIP system, any features that alt-coins test out and verify can be added to Bitcoin. And I’m sure that we will continue to disagree on this for many years to come. Only history will verify which opinion is the correct one.

​Again, thank you for giving me this opportunity​. I appreciate your time and commitment to the Bitcoin space.

Let us know what you think of Incorporating Bitcoin. subcypher will be joining the team and occasionally writing articles for us, so be sure to check out his site, message him on reddit, or follow him on twitter. His wealth of knowledge and accessibility make him a delightful asset in the Bitcoin community. 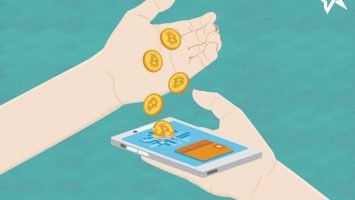