The infamous Ponzi scheme has remained inseparable from Bitcoin. Although Bitcoin is having a tough time pulling away from its troubled past. It is quite apparent these operations have been associated with bitcoin since “the media” has started to cover it. The media continuously paints bitcoin‘s bad news. Since the collapse of MtGox, public trust in the cryptocurrency has continued to be low. To the uninformed investor, or other interested party, it’s hard not to believe them. All the media covers of bitcoin is the bad news. Bitcoin is a currency, not a scam; but that doesn’t exlclude scammers from using bitcoin.

Investing in a Bitcoin Ponzi Scheme

Recently, we noticed a note attached to a 2 cents bitcoin transaction to our bitcoin wallet, along with thousands of others. The note attached to each of these transactions was promoting a website. In pursuit of journalistic integrity, we went in btcmultiplier.com (now defunct) and invested.

We calculated our risk, decided it was worth it for the article and sent .01 in bitcoins to the multiplier address listed on the site. Within an hour of sending, we received .02 bitcoin to our wallet. In the real world, doubling an investment within an hour is usually impossible. Considering major market indices typically return 1-10% a year, we consider it strange we were able to double our investment in an hour.

Characteristics of a Bitcoin Scam

Quick money can be enticing in a world of low returns and playing the safe bet. Most would be able to realize these scams are unsustainable, not in a “green” way, but in a “invest and loose your principal” way. When you come across a high-return investment website, be sure to check with the people over at Badbitcoin.org. They have created a comprehensive list of bitcoin investment scams. Not like it matters, these things are everywhere.

It’s not hard to notice that many of these operations are already defunct. They come and go often, cashing out after a small haul, then reincarnating elsewhere under a different name. They share these characteristics:

Of course, these are the fundamentals of a scam. The reason ponzi schemes are popular is due to their simple nature, where one investment pays another investor’s returns. Knowing this information you can summarize that at some point an investor will lose money. The question then becomes not if you will lose but, rather when will this happen. The underlying problem exists, people want quick returns, and these sites promise them.

Bitcoin Ponzis May Pay, but are more likely to not

We do not attribute being able to double our test investment in an hour to our incredible intelligence. We’re smart, but not double your money instantly smart, and it’s a scam, keep that in mind. The first return is a way to get us roped in to send large amount of money as opposed to a mere .01 BTC, at which point the operators of this said scheme would simply not pay us with no real recourse and our money would be all gone. We pushed our luck and sent another .01 btc to the multiplier again. This time, no return. We noticed that the wallet address listed on their websitehad changed, and that follows scam rule #47 – never store the money in one spot. Now we’re back at break even, for this “investment”.

Our quest to limit risk was overruled, with a lesson learned. The key warning sign of a scheme is the promise of double digit returns in a short period of time.

Disclaimer: Cryptocrooks does not condone investing in known Ponzi Schemes. I mean, really would you risk anything? Come on get real, we got a site, we’re the journalists. Enjoy our entertaining stories of loss with bitcoin. Play it smart kids, who know’s you might do something good with your time someday. 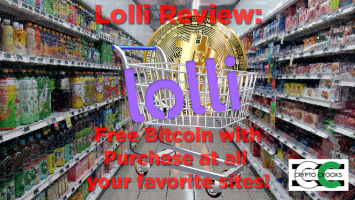 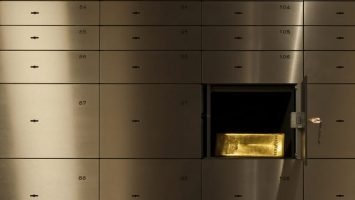