Bitcoin‘s price continued to set records in 2020, surpassing it’s previous all-time high of $17,000 set in late 2017. Early in to 2021, Bitcoin’s price momentum still continues as it passes $40,000. The momentum seems to be endless. This has given people hope with an even brighter future and higher price targets. Let me explain why I’m bullish on bitcoin:

Aside from price service outages on Coinbase have added to consumer fever. This has led to FOMO, where many believe this is the best time to buy Bitcoin. This is a double-edged sword. It shows increased consumer appreciation and interest. While on the other hand it could end up as another bubble; as it did in 2017.

Despite cryptocurrency’s young age, with Bitcoin recently celebrating 10 years in 2019, adopting is increasing at a blistering rate. It is truly a global commodity and medium of exchange. Many people and governments are still deciding how to control it, herein lies the problem. The impediment with centuries-old institutional investors is that cryptocurrency proves to be too volatile.

Many consumers and institutional investors find difficulty understanding the perceived benefits of decentralized currencies. It is not clear what possible benefits they present to society. This week we also saw the SEC file suit against Ripple Lab’s XRP. For better or worse the wheat is being separated from the chaff and the world we hope will be better for it.

The inflation rate for 2020 in the USA was only 1.2%. The Federal Reserve has done a fantastic job at limiting inflation during these unprecedented times. The faith that our government has shown is incredible but also a problem looking ahead. The faith of the government is quite fickle and if the inflation isn’t volatile everything else is. Because of this, it makes crypto attractive because there’s a larger spread between daily highs and lows than less volatile assets. You can buy and hold, or you can arbitrage like a savvy day trader. The current cryptocurrency market allows people to experiment in income producing schemes that are more difficult with traditional securities.

Another element fueling the recent cryptocurrency pricing surge is increasing technological access by developing countries. Computer access and internet access has allowed this new technology to proliferate faster than other assets. But what a luxury this must seem for the people of Venezuela, Argentina, Turkey, among other high inflation rate countries. A recent study of highly inflated countries ties social trust to the economic growth of a country. If there isn’t trust even in the god printed on the money then there’s probably corruption, everyone works for the government, and private enterprise is restricted if not non existent between them and the wealthier counties of the world.

The Future is Bullish on Bitcoin

If this week is any indication, it’s that the market wants to expand and people want more options because options equals freedom. So let’s cheer for a new year of unprecedented growth and a break through the %50,000/BTC mark and the full adoption of crypto by the citizens of highly inflated developing countries. 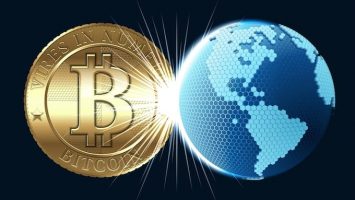 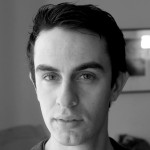