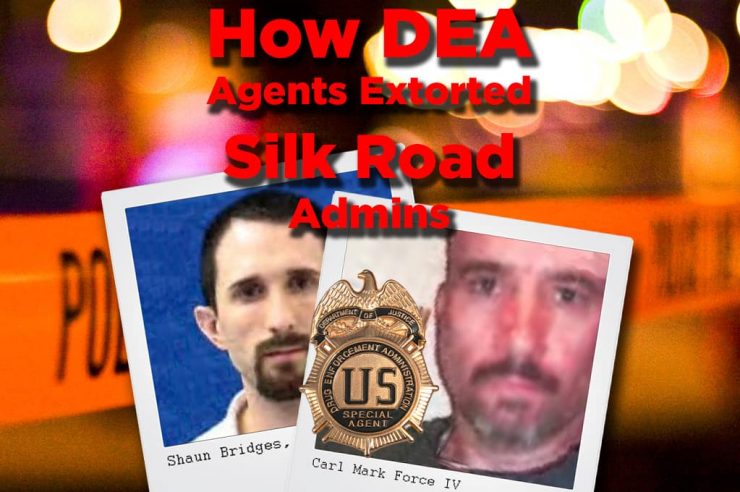 Many know the Silk Road’s creator, Ross Ulbricht, is in jail, but what about the DEA agents?

Almost 18 months of the site’s infamous closure, a DEA agent and a secret service agent were both arrested, facing charges for wire fraud – in relations to the Silk Road website. These two agents haven’t been the most discreet in their actions and have made quite the story.

Corruption in the DEA on the Silk Road Case

DEA special agent Carl Force and Secret Service special agent Shaun Bridges were both working undercover to convict and capture Dread Pirate Roberts (DPR), later revealed to be Ross Ulbricht. He was a big, easy target, but proved to be elusive until his demise. His 200 million dollar Bitcoin proved to be an enticing target. DPR made this through transaction fees by operating and maintaining the Silk Road, without getting his hands dirty. This is of course before he started to (unknowingly communicate with the DEA). Things escalated quickly when the agents became able to communicate with Ulbricht.

Carl Force and Shaun Bridges provided DPR with multiple information about how they are working to close down the website – hinting that his capture was looming. All of this was done under the guise of anonymity, utilizing tor. Consequently, the frequency of their illegal communications rapidly increased as the agents decided to blackmail DPR. Using the personas, “French Maid” and “Death from Above”, Carl Force

Carl Force is known to have transferred the bitcoins to his personal accounts after seizing them in his undercover capacity. Those bitcoins were supposed to be handed over straight to the government.

Bates also said that Force shouldn’t have been doing undercover work at all. An undercover mission in Puerto Rico in 2008 caused him to have a “break from reality,” after which he was institutionalized. Force wasn’t allowed to return to his work at DEA until 2010.


It wasn’t just greed that drove Carl Force to act upon these impulsive decisions. His lawyer defended him in court that his past included a history of alcoholism, troubled childhood, mental health issues and difficulties with family and friends. It should be noted that his career in the DEA was most certainly stressful, and this more than likely contributed as well. It may be difficult to understand the amount of pain he caused, but it also seems that he led a painful life, and just wanted an escape. It’s one thing to sympathize with him for these issues, but one cannot ignore the way he treated others in his time at the DEA.

With several plots failed, Carl Force began to look for work outside of the DEA. Unfortunately for him, 50 pages of criminal complaints were filed in New York starting investigations into him and his partner, Shaun Bridges. Having only one option at this point, they both resigned from their departments.

It’s worth noting that more than $800,000 worth Bitcoins were transferred from Ulbricht to the agents. The agents face charges with blackmailing, money laundering, and theft of government property. Particularly, Carl Force was charged with 78 years in prison, and is on trial for additional charges.

Aside from his brilliant idea to steal Bitcoin from the Silk Road seized Bitcoin. Carl Force committed these strange acts:

For more on his life of crime as a Bitcoin bandit, and his corrupt endeavours. He’s even had a delightful interview at Vice as to why he faked murder and stole Bitcoin. He is currently being accused of attempting to sign a movie and/or book deal in his latest string of scams.

Carl Force has been sentenced to 78 months in Federal Prison for his involvement with wire fraud in the Silk Road case. It demonstrates the length that misled power can corrupt. It’s hard to take a stance on this issue, as Carl Force was a troubled man, but he committed heinous acts. Regardless of this, Bitcoin remains an emblem for independence from tyranny and transparency, not greed and theft. 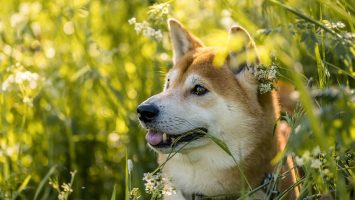