Dash was initially started as Darkcoin, a privacy based cryptocurrency. It eventually evolved into Digital Cash, of DASH for short. It shifted focus to near instant transactions with a unique algorithm and master node network. The development is alive and moving.

How to Mine DASH with AMD GPU Our renewed interest in both mining and altcoins, especially DASH. We decided it … 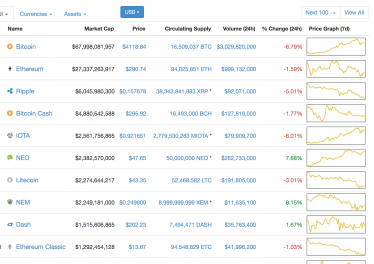 The world of Bitcoins and Alt-coins have rapidly evolved over the past few years. Bitcoin related services such as exchange …

Best Cryptocurrency Investments: 2017 Today, technological advancement has brought us to a point where we have electronically generated currencies, known …