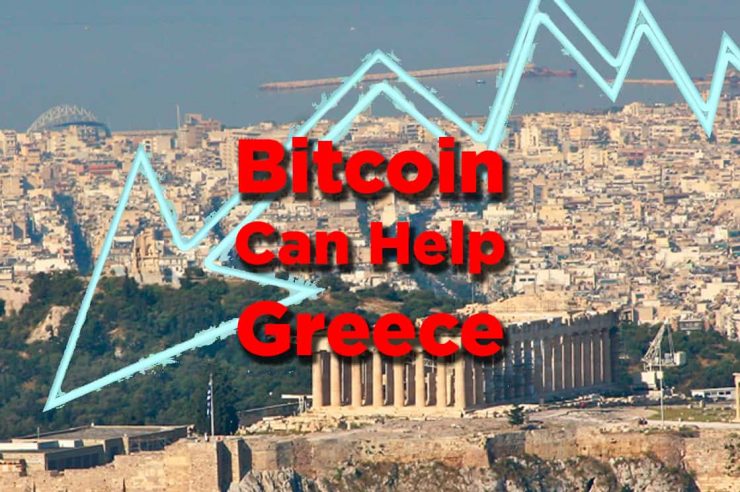 Will Bitcoin Save Greece from it’s Economy’s Problems? 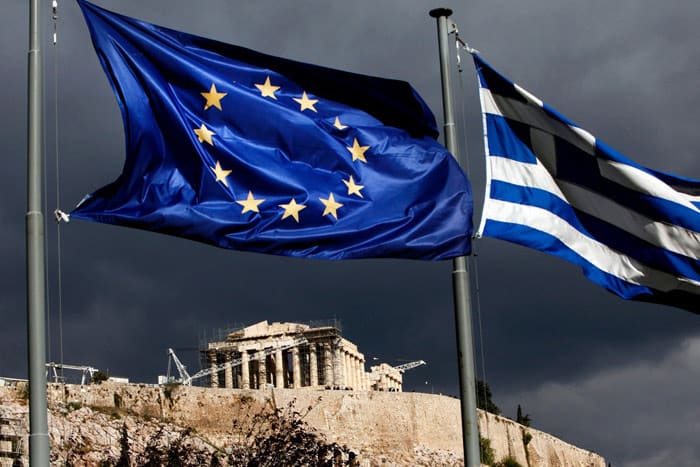 Stormy days are looming for the financial system in Greece.

What is the Greek Crisis?

No one thing caused the Greek Crisis

“The creation of the Euro… binds 19 nations into a single currency zone watched over by the European Central Bank but leaves budget and tax policy in the hands of each country, an arrangement that some economists believe was doomed from the start.”

this is what triggered the 2008 crisis in USA. Greece keeps borrowing money in hopes that it can assist them in recovering their economy. Although it has helped, in a sense. Overalll, it hasn’t. Greece will probably not leave the Euro Zone, unless other countries follow through with forcing them out. But Greece isn’t the only European experiencing economic difficulties, so is Spain, Italy, Portugal; just to name a few.

Bailouts and the Bond Market

Bailouts aren’t always successful in the long run, but in short-term, it can provide a much needed adrenaline to an economy. This could prevent a meltdown, but it didn’t in Greece. Pensions are unwilling to change, and elected officials are between rock and a hard place. IMF and Euro Zone bailout packages have supplied Greece with more and more money. Without the money to pay them back, they’re stuck in a limbo.

This has caused a backfire when investors began to pull out bonds bought from Greece. This prevented Greece from printing more money encouraging banks to freeze funds when money is allocated where it’s needed most, social services.

How Bitcoin can Help the Greek Crisis

No one can own negative Bitcoin. Since the Greek bond market has almost evaporated, debt has piled up. Bitcoin’s lack of debt indirectly moves responsibility from the government to the people. Balances can be verified on the blockchain, securing balances further. Although a government identity cannot insure Bitcoin; it can act as a way for Greeks to move their money out of fiat in the case of hyperinflation.

Since each Bitcoin owner is directly responsible for their Bitcoin, and owns them flat-out, they are immune to bank runs. For those who don’t know a bank run is when the public is alerted to financial instability and run to the bank to withdrawal as much money as possible in case the bank fails. This is currently happening in Greece with the possibility of a Grexit happening, releasing Greece from the Euro.

Can Bitcoin really do anything to help the Greek Crisis?

Bitcoin, by itself, is not a remedy for Greece’s economic problems and instability. As we mentioned, the reason for economic instability in Greece is due, in part, to

At the time of writing, the Bitcoin network was experiencing issues with assimilating network nodes to the latest software due to Greek purchases and software updates. This caused a slowdown in the network, and with the halving of bitcoin rapidly approaching, along with the debate of blockchain solutions heating up, it is likely this will happen again. But with each test of the cryptocurrency, Bitcoin grows stronger, and therefore it’s effect on global economies.

Amid the Greek Crisis, Bitcoin Reminds Everyone It’s Not Perfect

The economic crisis in Greece has turned some attention to Bitcoin again. The price of the 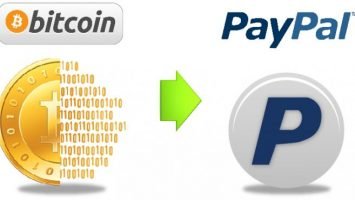 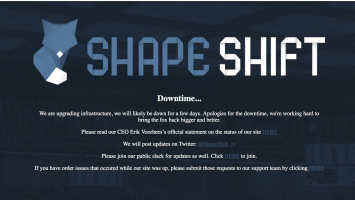