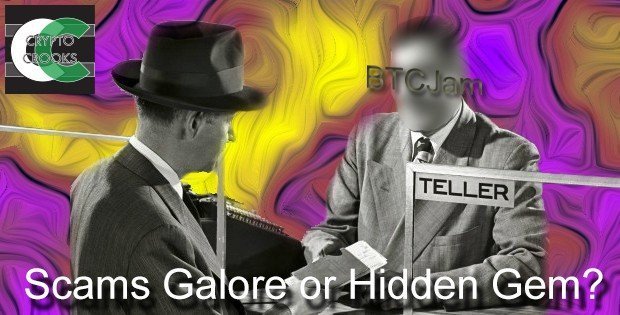 You will never truly know who you’re lending bitcoin to on BTCJam.

BTCJam is the Future of Investing, but it is a Rough Start

After several months of lending bitcoin through BTCJam, we’ve been experimenting with loaning a percentage of our bitcoin, in hope, to generate returns on our bitcoin investment. The site has gained tremendous publicity among the bitcoin and cryptocoin community, touting BTCJam as a promising crowdfunding website for bitcoin. BTCJam offers users to loan, invest, and trade bought loans, which gives users a chance to sell loans they believe are going to default in a stop-loss type mechanism. We’ve chronicled our bitcoin investments on other sites, but BTCJam offers many options, although with a limited supply of loans to invest in. Our long-term goal here simply is to find a good place for our bitcoins to generate more money on our money through interest. There is no perfect BTCJam Lending Strategy, but we have found many hints to differentiate good loans and bad loans through our months of experience on the site.

So far our account has incurred a few defaults, with 5 of them that were significant in terms of percent of overall total holdings on BTCjam. Initially, we were achieving from 10 to 20% return on our depositing bitcoin in the first few months. Although it shouldn’t be correlated, the bitcoin price drop has affected the loan market on the site. A few more defaults quickly took any gains we had, away from us and our fortune was reversed just as quickly as it came. BTCJam loans are not forgiving, and poor investments will be made, no matter how credible to investor looks, or their track record. 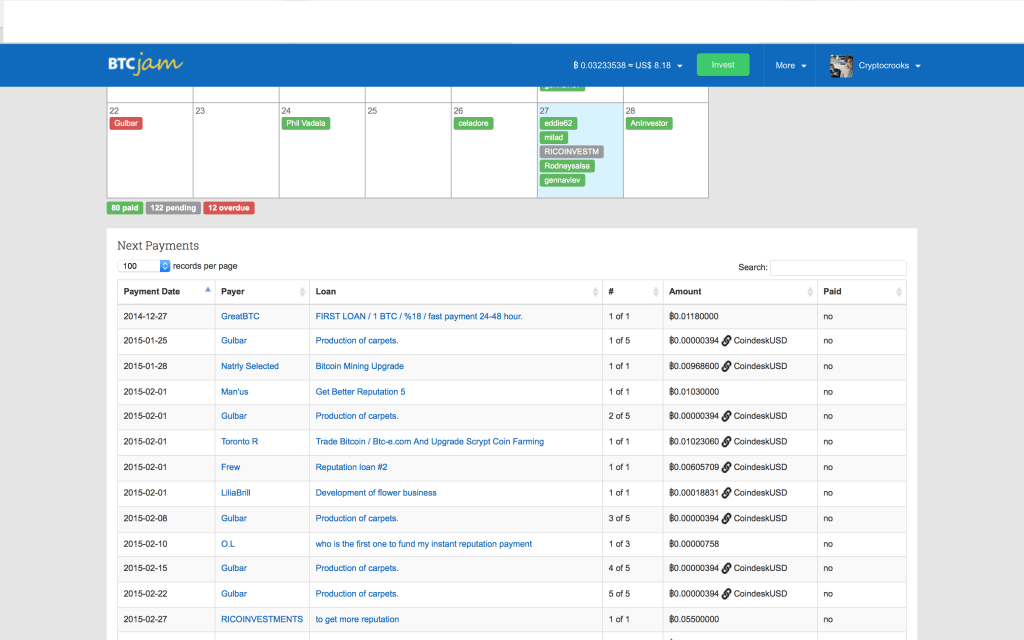 A screenshot of BTCJam’s homescreen

Qualifying the good from the BTCJAM Scams

The first step with BTCJam is to slowly make deposits, and to gradually invest in a variety. We recommend starting small, as we did, since btcjam loans occasionally default. One must keep track of patterns in investors. We are building a list of requirements for loans on BTCJam, most believe you should lend to those with the highest credit rating, but that isn’t always true. BTCJam offers no insurance on loans, so when a loan defaults, your bitcoin is gone.

Looking for Quality Loans on BTCJam:

BTCJam in the end is a very risky proposition. The idea behind it is sound. Lend to borrowers using bitcoin. Incorporate a few metrics in the interface which help to evaluate the credit worthiness of the candidate. However ultimately you as a lender assume a decent amount of risk. Namely default risk, the possibility the person you lend to will simply choose to not pay you back leaving you stuck holding the bag. 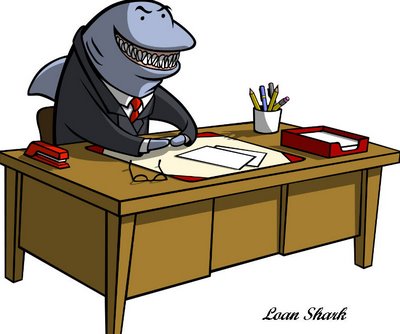 There is not a single foolproof method for lending out bitcoin at a profit. Even though the site is more than a year old, it is still at the developmental stage, currently. We see tremendous potential for crowdfunding bitcoin for investments through BTCJam, in concept, however at this point in time one bad loan could set you back, keep risk low by investing less in risky funds. That being said, create an account and let us know what experiences you’ve had with the site. It is key to be able to estimate which loans are more likely to be repaid back and which are going to default. The subtle nuances of what makes a loan creditworthy and what makes one likely to default is what we’re trying to figure out at a glance. More to come so stay tuned. 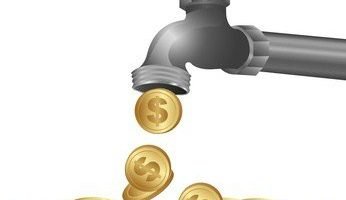