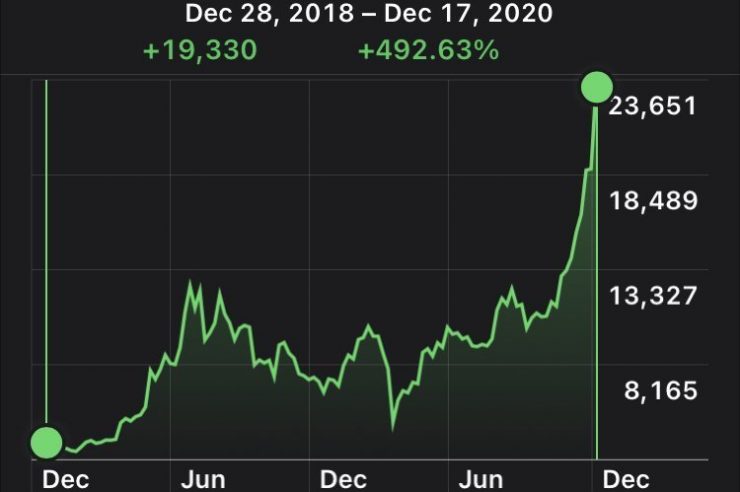 Bitcoin surpassed $23,000 for the first time, another milestone in a bullish rally for the reserve currency of digital assets. Bitcoin, the largest cryptocurrency has continued to surge much of this year as it now surges past the $23,000 level. Bitcoin has almost tripled this year, with the rally continuing to gain momentum and accelerating as of lately. It has breached a long term resistance level of $20,000 for the first time and continues to climb past.

Ether, the second-largest digital token moved in tandem and rose as much as 30% in the past few days.

Bitcoin has rebounded then surged despite a severe crash in March. It lost by some measures over 25% of its value from the beginning of the year. Of course in context the traditional stock market also plunged around this period amid the coronavirus pandemic.

This positive price action has been bolstered by support from some Wall Street firms pouring capital in. Many buy side institutions are seeking yield and return in a world of rock-bottom interest rates. Guggenheim Partners LLC, for example, recently said it wants to invest up to 10% out of its $5.3 billion Macro Opportunities Fund in a Bitcoin trust.

Bitcoin’s breaching above the long term resistance $20,000 and $21,000 levels were its latest milestones in recent weeks. To think Bitcoin’s humble beginnings had it traded at a few cents for several years after being created in 2008 by the mysterious “Satoshi” in the wake of the global financial crash. 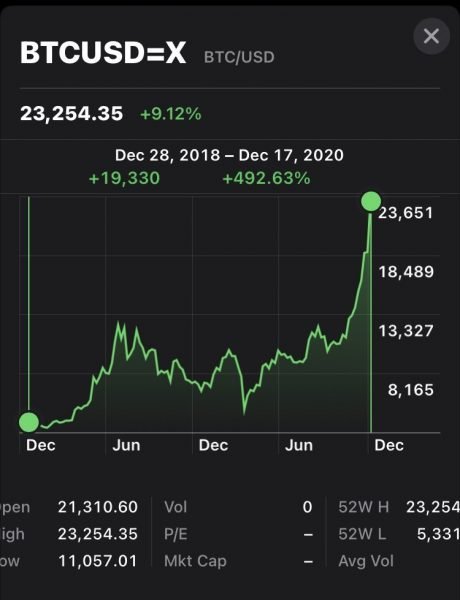 Not a bad 2 year return on Bitcoin

I have been bullish on Bitcoin and digital assets since the inception of this website in 2014. Now more than ever the price action coupled with institutional stakes are proof of the bullish nature of crypto. If you’ve been following the price action you’ll see that the path has been choppy with extreme swings to the upside and downside. That’s fine, typically things don’t go straight up. The best course of action is to simply dollar cost average into Bitcoin and Ethereum over time and hold on. You’ll have tremendous opportunity to be rewarded handsomely. 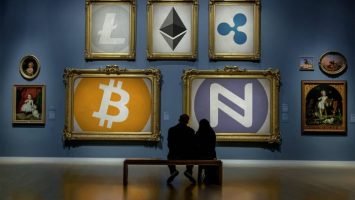 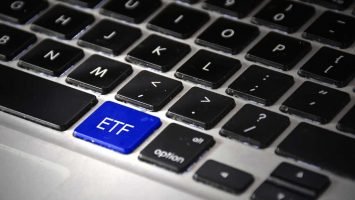