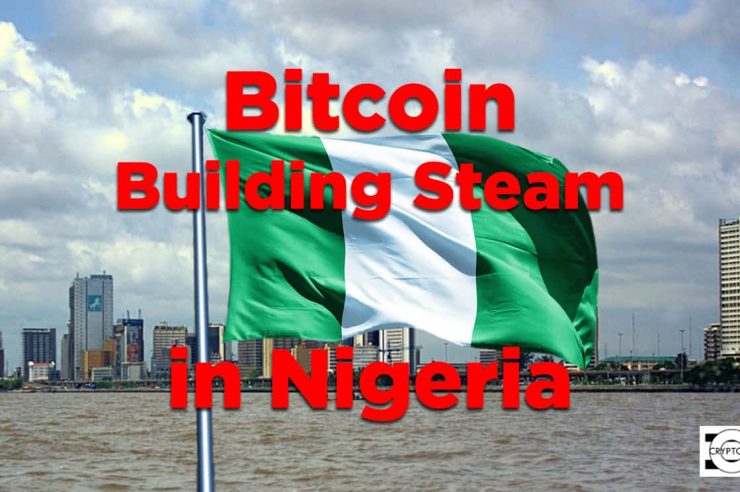 Nigerians pay the most over spot on their exchanges, versus those based in the USA. Why is this? Bitcoin is harder to obtain in Nigeria, and several worldwide exchanges don’t allow Nigerian citizens to trade on them. Let’s examine the state of Nigeria, and how the demand for Bitcoin has increased.

Nigeria is known for its oil reserves, but not many realize it’s economy has been thriving since the overthrow of military rule in the 1990s. The spread of democratization in the new millennium is increasing living standards and liberalizing economic sanctions that have encouraged trade with other organizations. While democracy has had it’s enemies in Nigeria, Boko Harum remains it’s largest threat. They’re basically in control of Northern Nigeria, where the minority of the population lives.

Increasing access to technology, and a receding economy make for a great demand for Bitcoin. BBC reports that the Nigerian economy has slipped into a recession. Bitcoin has topped search volumes in Nigeria due to recent news of impeding economic uncertainty. It seems that countries with economic instability have adopted Bitcoin faster than those that haven’t. It is difficult to ascertain, as many assumptions are taken. In the USA, it seems Bitcoin took many years, although a price spike happened during a recession in 2014.

Nigeria’s currency, the Naira, has become devalued as strong global markets caused it to drop. People are looking for stronger stores of value, such as Bitcoin during these times. The Naira was pegged to the dollar, but has since become free-floated, causing a drop due to strong global markets.

The Nigerian government relies upon oil reserves for a majority of it’s revenue, up to 70% according to the BBC. This has caused problems with oil prices dropping from $120 a barrel to around $50. Oil seems to be going back up, but the reliance for it is pressing the government to make changes. Its not all bleak, as agriculture is doing better.

Another reason Nigerians pay a higher premium over spot is that residents in countries with unstable regimes need places to hold their money outside of their own banking system. People investing their savings in unstable regimes face risks such as currency collapse, geopolitical risk, and general uncertainty in their own banking system. Because of this heightened need for access to outside investments they may be willing to pay more than other places where the need is not as high. This may help explain why Bitcoin Nigeria trades higher than other regions.