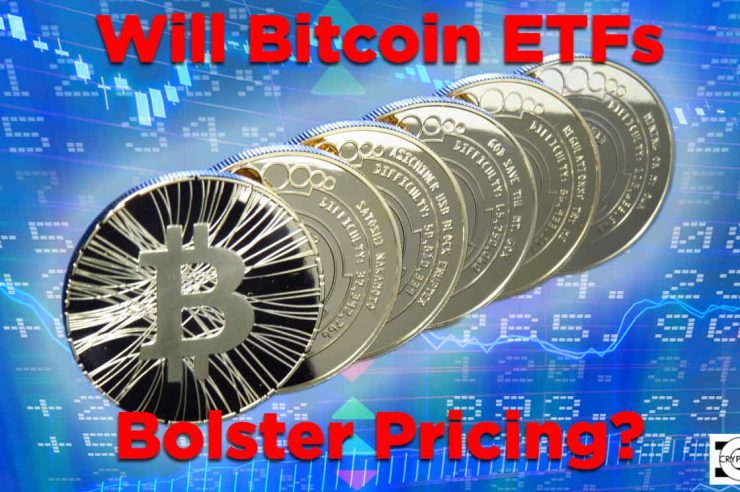 Bitcoin has recently spiked to its yearly high north of $620, depending on the exchange. Among market hesitancy, a correction occurred bringing it to around $600, where it’s sat for the past couple weeks. Depending on your stance, Bitcoin’s price will go either way, but the market is becoming more informed of Bitcoin’s unique investing capabilities. This may be augmented or downplayed by the pending SEC approval of several Bitcoin based ETFs.

Is a Bitcoin ETF Possible?

The pipe dream of Bitcoin ETFs and other funds have been around as long as the cryptocurrency itself. It makes economic sense as it’s an easy way to charge fees on people interested in Bitcoin, without owning any. At time of writing, for most people, it’s significantly easier to buy stocks than buy Bitcoin. This is due to legislation and the bull mentality of most Bitcoin investors. If Bitcoin was really easy to obtain, maybe the price wouldn’t be as high. Yes there are exchanges, etc. But the premise behind Bitcoin was that it is supposed to be de-centralized, and a Bitcoin ETF would reduce that idea.

What could a Bitcoin ETF do?

Bitcoin and other cryptocurrency based ETFs might not be far off. A couple months ago, SolidX became the second firm to file with the SEC for a bitcoin-based ETF. The ETF will be traded on the NYSE, and represents a great leap in exposure for Bitcoin, and its legitimacy. Their filing stands in stark opposition to the Winklevoss’s filing, which included insurance that covers losses for Bitcoin. This comes as rare, and almost fantastical, being that many insurers would not offer such a protection. It was later reported that this insurance does not actually cover the Bitcoin under management.

The exposure increase of Bitcoin to naive investors may trigger an initial price rise, but would probably not hold on to long. The idea of an ETF almost directly negates the idea of Bitcoin as a decentralized currency. Although it’s becoming common for people to recognize Bitcoin as a commodity, rather than a currency, the message is clear, ETFs reduce Bitcoins dependency as a decentralized cryptocurrency. A Bitcoin ETF may bolster news reports and increase prices, but do nothing to improve the cryptocurrency as a whole. Aside from limited the people’s role in holding and maintaining security for their Bitcoin, it places an inexplicable amount of Bitcoin in a safe, while people bet on either side. This reduces the reliance on self-responsibility for Bitcoin.

What does this mean for the Future of Bitcoin?

As we always say, now is a great time to buy Bitcoin. The world watches as Bitcoin continues to linger in the low $600. Those who understand that Bitcoin is a commodity, likened to Gold, rather than a hard currency like USD have known the value of Bitcoin in a world with an increasingly centralized economy. With all the hubbub around blockchain technology being used by centralized corporate entities, Bitcoin might be ready for another strong bull-run, especially with the integration of Bitcoin ETFs to the stock market. Although, more than likely the funds will be rejected by the SEC, the market for Bitcoin remains strong.